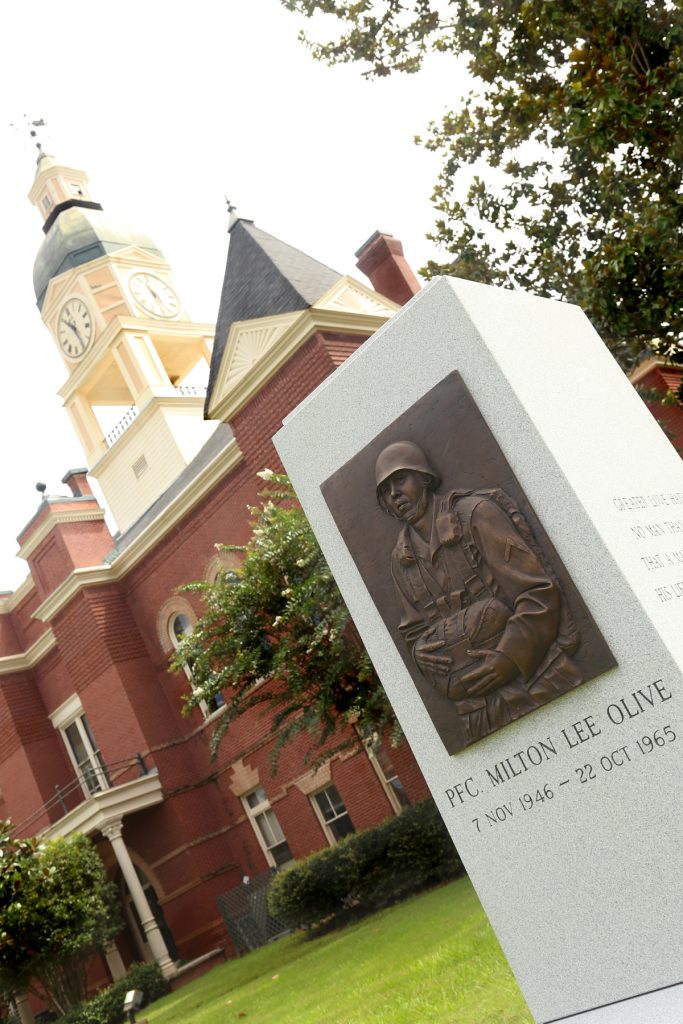 Lexington began in the 1820s as a trading post. It has been the county seat of Holmes County since 1834 and was incorporated in 1836. In 1907, the first Corn Club in the U.S. was organized by W.H. (Corn Club) Smith, according to a historical marker in front of the Holmes County Courthouse. Mississippi highways 12 and 17 pass through the city, which has 2,106 residents.

Once a bustling, cotton-farming community, the town’s population declined as modern machinery decreased the need for farm labor and many left the South to seek jobs. Today, Lexington’s median income is $26,083, its median home value is $54,800, and more than 33 percent of families live below the poverty line.

With the University of Mississippi as a partner and the hope that first steps lead to other projects, Lexington Mayor Robin McCrory said her wish list for the town includes new computers for the public library, and a new park with a playground and trail.